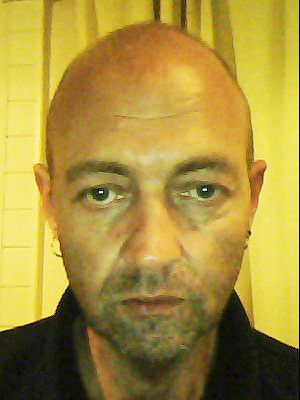 This is an election to decide who completes the team which will oversee the biggest roster change for drivers since DRI. This is anything but 'casual'


What we decide / arrange in the following months will finalise how drivers work for a very long time! It is very unlikely there will be any more cuts to the working week. In fact, the McNulty report encourages the powers-that-be to *INCREASE* the hours we work!
That won't happen; not on MY watch!


About me: My name is Dave Johnson.
I've been on the railway a while. Driver Instructor/Assessor for 14 years at Waterloo.
In that role, I've trained and assessed many of you. You know what I do.
What you may NOT know, is within that role, I've created a 'buffer' system.
When a driver has an 'incident' his manager works to set criteria.
If a driver misses a station (for example),
the "action plan" is to cross-out stations on the schedule card.
Really? That WORKS does it?????
NO! It REALLY doesn't!
.....so...NEXT time?.....
"We've exhausted our options, move onto the next stage"
(Which is generally code for re-deployment!)


I've written many training aids
(eg. target-fixing, Life-style issues and Retention of core route-knowledge)
which DM's are now OBLIGED to use before CONSIDERING re-deployment.


These were ALL written by me to prevent
drivers being forced to leave our grade over a minor mistake!
We can all have a bad day at the office..and ALL have done.
Should we lose our roles for this? ...NO!
We MUST ensure every possibility of re-training is explored, and that this becomes the NORM!


LDCs of every depot on our region have used these action-plans, and (on the whole) DMs are pleased to have a 'tool' they can use. If they DON'T..well...that's what the LDCs are for ;-).
To ENSURE that the managers recognise the RIGHT of every driver to move on from an incident,
learn from it, and continue to ply their trade!


The reason I am advertising my wares is:
I'm taking THIS time to run for LDC,
and I'm asking for your vote.
I see many battles ahead;
I think our grade is coming under attack.
I see 'Issues' arising from the implementation of the four-day week coming at us.
I also feel that the way drivers are treated after an incident, is getting worse.


I think my strength(s) lie in personal representation, and together with the (strong) current LDC team, an intelligent approach to local bargaining procedures...to re-iterate to managers that Waterloo & Nine Elms are UNIQUE...and deserve to be treated as such!
I ask for your vote on November the 5th.